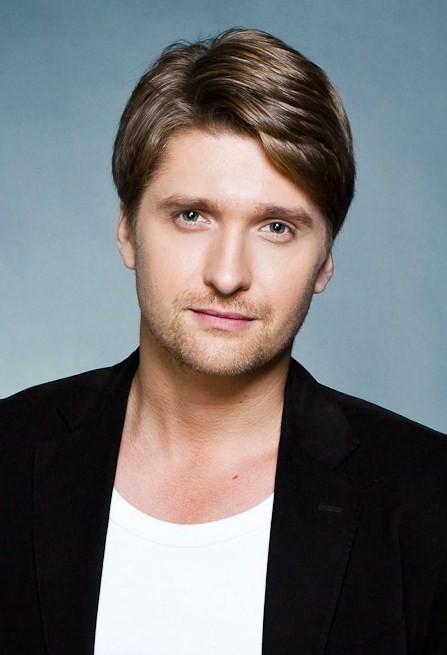 William Shakespeare ~ As you like it, ~ as Orlando, directed by T. Sobolev

A. Volodin ~ Do not part with your beloved ones ,~ as Kozlov, directed by V. Ryzhakov

Brian Friel ~ Dancing at Lughnasa/ Dancing at the feast of harvest, ~ as Jerry, directed by M. Feygin

D. Lipskerov ~ The River on paving asphalt, ~ as Richard, directed by A. Potuzhny

From 2009 he acted parts in plays based on works by:

Anton Chekhov ~ The Duel, ~ as Laevsky, directed by V. Bicer

The Moscow Art Theater School named after Vl. I Nemirovich-Danchenko, the acting Department, 2006, the course I. Zolotovitskiy.

The Boris Shchukin Theatre Institute, the directing Department, 2013, the course of L. Heifetz

Unloved woman, directed by A. Nasybulin, ~ as Nikita Fomin, the lead role, 2012

A ticket for two, directed by V. Balkashinov, ~ as Sergey Kuznetsov, the lead role, 2013

A Department, directed by V. Nakhabtsev, ~ as Kharlamov, 2015

A winner of the international festival "Theatre Meetings in Lipetsk " in nomination category of "For Best Supporting Actor" (2012). The Melikhovo Theatre "Chekhov Studio" "Dacha/Summer Theatre of Antosha Chekhonte"

Grand Prix of the festival “Autumn Dolgoprudny ”, the performance A Nature Reserve ~ as a Director, 2013

Festival “Golden Knight” ~ the Bronze knight award for the performance A Nature Reserve ~ as a Director, 2014
Back to the list