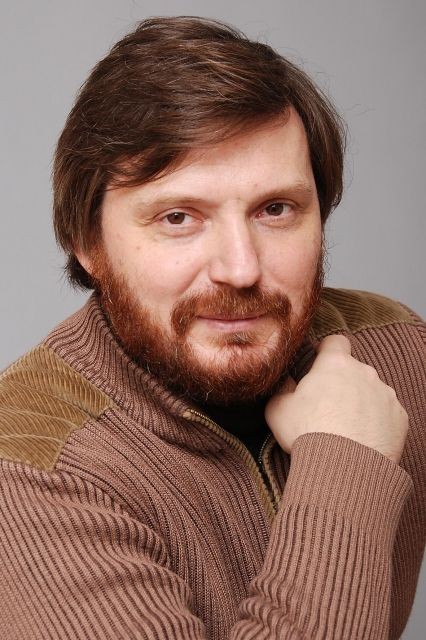 Vladimir Baicher ~ graduated from the General Stage Management Department (Theatre Director Dep) of the State Institute of Theatre Arts (GITIS) (the Russian University of Theatre Arts between 2011 and 2015) in 1994 (a workshop of Professor L. E. Heifetz), specialty Drama stage director.

He produced more than thirty performances on the professional stage in Moscow, Kaunas (Lithuania), Tartu (Estonia). Among his staged performances are: Triptych for the Two by S. Zlotnikov, The Flood by H. Berger, Death of Tarelkin by A. Sukhovo-Kobylin, Love is Blind (Fool for Love) by S. Shepard, The Chioggia Scuffles by C. Goldoni, Tartuffe by J-B Molière, A Doll's House by G. Ibsen, A Profitable Position by A. Ostrovsky, A long time Ago by A. Gladkov, The Queen of Spades by A. Pushkin, a play for children Hedgehog in the Fog based on tales by S. Kozlov.

Beginning from 2006 ~ the artistic Director of Melikhovo theatre "Chekhov Studio" (the Museum-Reserve of A. P. Chekhov "Melikhovo") and the head of the International Theatre Festival "Melikhovskaya Vesna" (Spring in Melikhovo). In Melikhovo he managed young Moscow Directors to stage seven performances in the theater "Chekhov Studio".

In the 2013-2014 theatre season he was the chief Director of the National Film Actors' Theatre, where he staged Recollections by A. Arbuzov and A Wonderful Life based on plays by T. Guerra.

Vladimir Baicher ~ is actively involved with teaching. Worked as a stage direction teacher at the Boris Shchukin Theatre Institute (a workshop of Professor L. E. Heifetz and workshop of Professor A. M. Wilkin), was the artistic Director of the acting course at the G. R. Derzhavin International Slavic Institute.

At present he is a teacher of stage direction and the Dean of the General Stage Management Department (Theatre Director Dep) of the State Institute of Theatre Arts (the Russian University of Theatre Arts between 2011 and 2015) ~ GITIS.

He worked in television as the Director of the famous program The Dolls (NTV) and The Age Before (Last-Century) (TVC), for several years he headed the company "Telecasting".