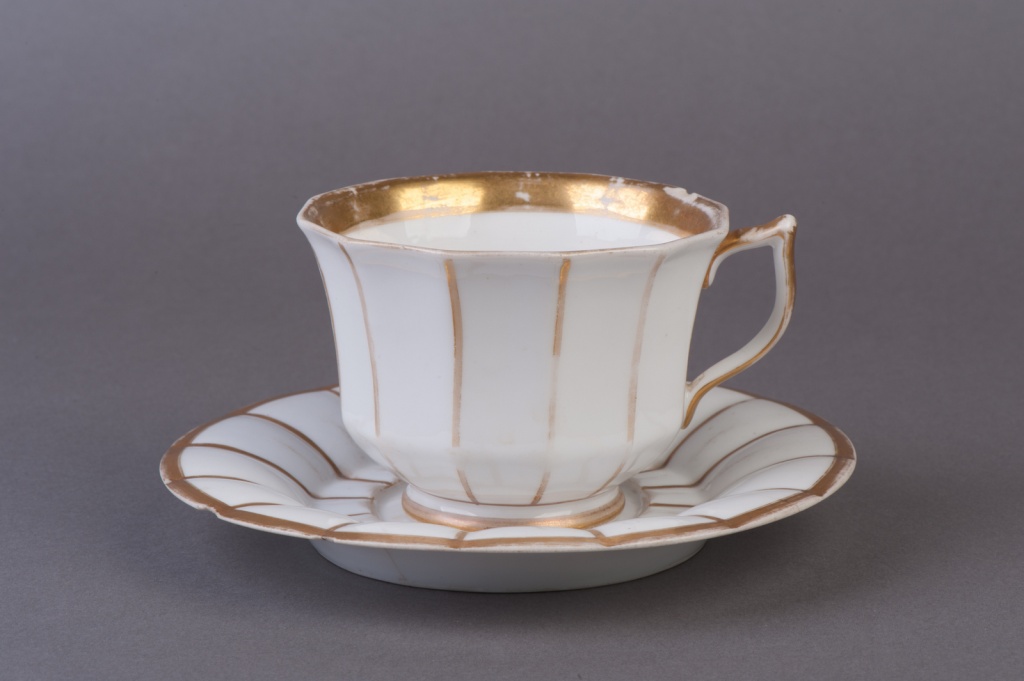 Made in Kingdom of Denmark, Copenhagen

Anton Pavlovich enjoyed using his single tea-set for the last years of his life. More than half a century it was kept by his wife - Olga Leonardovna Knipper-Chekhov. Her brother Lev Konstantinovich Knipper gave this tea-set to the Museum after his sister's death. He told us how Olga Leonardovna treasured the objects that reminded her of the years she lived with Anton Pavlovich.

The Chekhov family tradition of having tea was rather serious: in the Melikhovo years, they used to keep the samovar hot all the time, from early morning until late evening. One glass or cup of tea was hardly enough for a complete tea ceremony. For example, when on a trip, Chekhov writes to his wife just to calm down her, who worried about his condition: "I have tea several times a day, each time three glasses, with a slice of lemon." As a matter of interest, in the story The Bride Chekhov writes about the Russian tradition of a long and heavy tea party: "He used to have tea for a long time, in the Moscow style, seven glasses at a time."