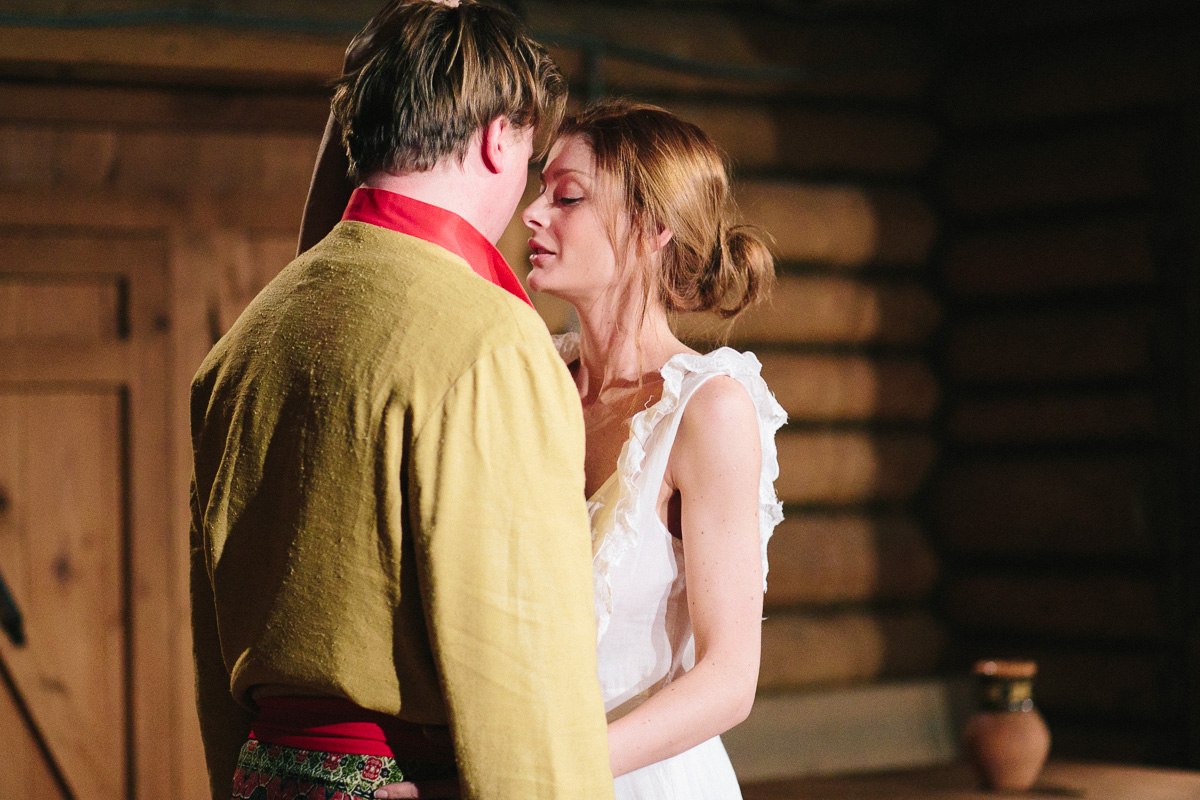 A little-known early story by Anton Chekhov The Landlady was dramatized and staged in our theatre. This story, written by the future famous playwright in his early creative career, is very different from what we normally expect from the master of subtext and humor, a fine judge of character who is able not only to reveal all kinds of secret vices and ills of his "patients" but to excuse them their minor sins.

The Landlady is a complex and tough story. An “evil” becomes the main character of the play. Someone surrenders to him without resistance, and the other gives up after a brief hesitation.

A remark: "A poor man never does wrong" ~ sounds like a keynote of the whole performance.

The performance is staged in the theatre yard, and it seems even the walls ~ of a roughly made log building ~ become one of the characters of the play thus creating the desired atmosphere of a peasant life that occupies you completely from the first minute of action.
Share on social networks:
Buy a ticket Information about the prefomance "Спектакль "Барыня"" Back to the list
Комментарии для сайта