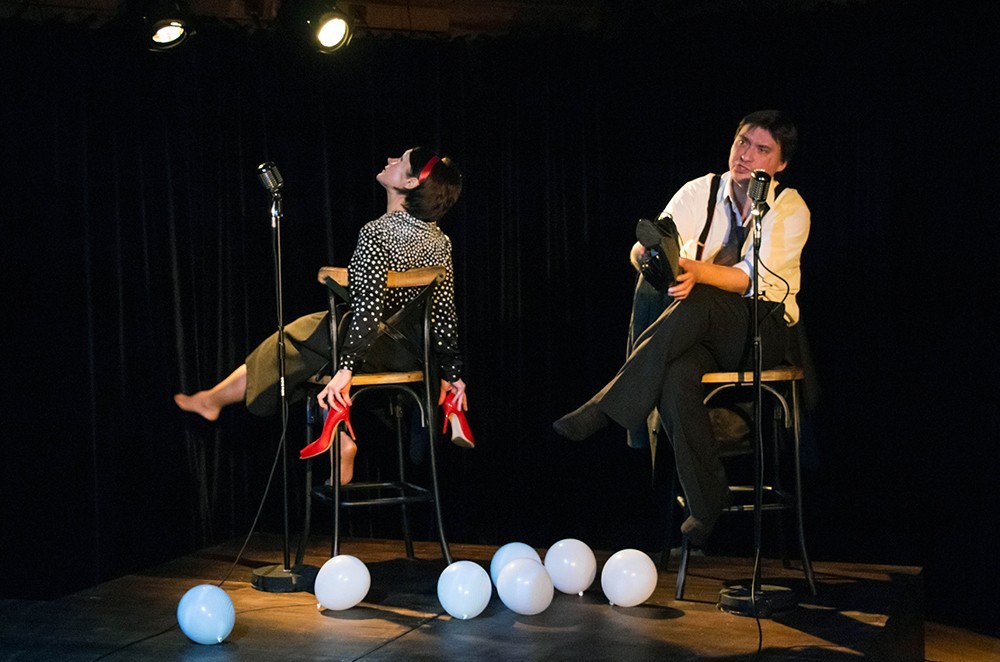 The play is staged only for two characters: "SHE" ~ a single, divorced woman, unsuccessful in seeking a life partner, and “HE” ~ an unhappy married man trying to find a source of comfort in quick dating in the park.

The audience of this performance happen to be the guests of a stand-up café with a casual atmosphere, where the line between the stage and the spectators seating, almost disappears through nearly a magic way, as well as the line between the Leading characters and the actors, who are busy giving their comments about them.

Scenic convention gives a space for unlimited imagination while real restaurant facilities in the room, in the form of a bar counter and tables with real drinks make the audience to get in a very special creative environment.

And now it is impossible to give a definite answer ~ where is the audience along with the actors ~ in the café or they are still in the theater hall?

And what is a café without music? This play is rich in music.

A deep, delicately stirred and action friendly mix of jazz, Blues and rock becomes the emotional background of what HE and SHE experience on stage.

Cabaret and extravaganza, Pink Floyd and lounge ~ their neighborhood in this theatrical reality ~ appears to be rather balanced for subtly accenting the actors in their playing.

Share on social networks:
Buy a ticket Information about the prefomance "Спектакль "Скамейка"" Back to the list
Комментарии для сайта